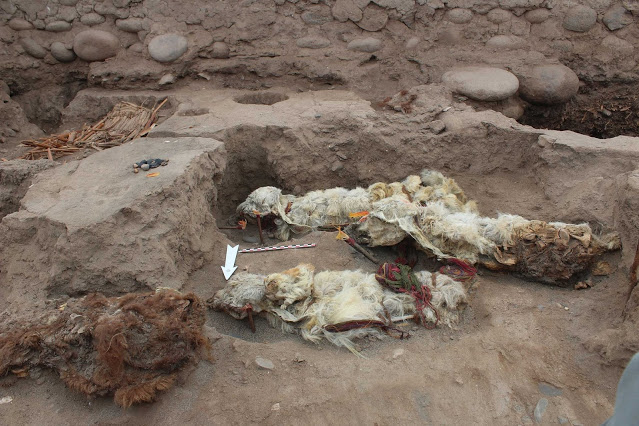 University of Calgary and University of Huamanga researchers have uncovered the first known ‘naturally mummified’ remains of llamas. They were sacrificed at 1500 CE and had sacrificial markings.

They appear to have been buried alive. The Incas saw this kind of sacrifice as special offerings to the gods. Decorated guinea pigs were also found at the site as well as large ovens and tracings of feasts and celebrations. The animal sacrifice may have been an Inca ceremony to placate an annexed group. The graves were marked with tropical bird feathers.

Archaeology News Network has the report here with many photos;
https://news360.com/article/541068499